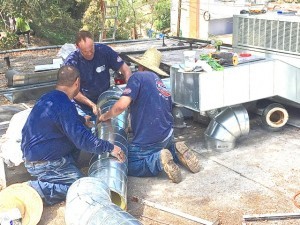 Professional duct sealing is a job that most residential air ducts will require at some point. Even the best installation job of excellently designed ductwork is not fully immune to the troubles that can create air leaks. Even small holes in the ducts will lead to energy waste and a decline in comfort. If you’ve never had duct testing done for your ventilation system before, we strongly suggest you arrange for this service with our experienced technicians. This will allow them to find out if your ducts are suffering from leaks and need sealing work.

“How do these leaks start?” That’s a question we often hear from customers. There are numerous reasons, but here are a few of the more common ones: