I’ve Got Power Strips, Why Would I Need a Surge Protector? 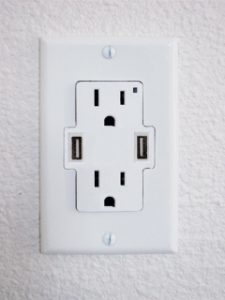 … or, to put it another way, “Aren’t power strips surge protectors?”

Yes, power strips offer some protection for precision appliances such as computers and HD televisions from damage in case of a voltage surge. We encourage people to use power strips rather than attempting to overload a circuit with an octopus plug, and any important electronic device should be plugged into a power strip.

The Basics of Power Surges

When people think of a “power surge,” they often imagine a sudden lightning strikes causing all the lights in a home to suddenly glow bright and then go dark. We don’t often have lightning storms in Los Angeles, but ground lightning is one of the causes of voltage surges that can damage lights and appliances and lead to household power loss. Much more common are surges from the power plant or a downed electrical line—and these are only the major types of voltage spikes.

Smaller surges often affect a home, such as when a powerful appliance activates and places enough drain on the electrical system that the imbalance temporarily causes a surge. Have you noticed your lights flickering when the air conditioner or refrigerator compressor comes on? That’s an example of one of these smaller surges. But these “minor” surges can have a major effect: they damage appliances over time. In fact, around 80% of surges come from the activation of major appliances.

A power strip cuts off power to an appliance in case of a surge, but these strips are not much defense against either a massive voltage spike or the smaller ones creating damage over an extended period. A whole-house surge protector can handle both! An electrician fits the surge protector into the electrical panel. In case of excess voltage moving through the circuits (such as an appliance drawing too much power or too much power entering from an outside source), the whole-house protection diverts the voltage down into the ground.

Never fool around with your home’s electrical system as a DIY adventure, and don’t let a non-licensed “technician” do the work either. When you’re ready to have whole-house surge protection installed into your house, call our licensed experts. They’ll see you have a system connected into the electrical panel that will work effectively and safely. If you should ever experience trouble with the surge protector and believe it isn’t working correctly, our electricians are ready to help with repairing or replacing it.

We’re also an older home specialist. If one of the reasons you’re often having electrical problems such as surges is because of antiquated wiring, we’re the experts who can upgrade it. Speak to one of our electricians in Brentwood, CA today to arrange for the electrical wiring and surge protection work necessary.

Look to the home service experts who have served Los Angeles and the San Fernando Valley since 1990!