Coronavirus Update: We care about your health and continue to service our customers safely. Read More

My Electrical Bills Seem Way Too High—What’s Up? 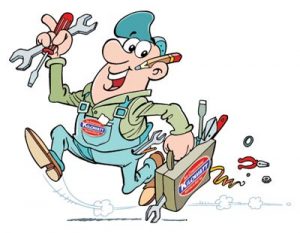 We’ve had a longer cold spell here in Southern California than we often get. Of course, it’s nothing compared to the awful deep freeze that recently struck the Midwest. But it’s still cold to us, and if you use an electric-powered heating system like a heat pump or an electric furnace, you can expect to see an uptick on your electrical bills. That’s normal: just check electrical usage with previous bills to see that the rise in costs corresponds to more use.

This post is about dealing with abnormally and inexplicably high electric bills. What might be causing these spikes? We can help you investigate this, although for real repair work and other jobs, always call on a professional electrician in Burbank, CA.

It’s not old, it’s “vintage.” Well, no, actually—some equipment is just too old to still be working in your house, and the quirks and malfunctions are now showing up on your bills. We strongly recommend you consider upgrading equipment such as laundry machines, refrigerators, and dishwashers that are 15 years or more old with new ENERGY STAR-certified models. You can save more than $500 a year with efficient new equipment.

Too many “vampire” appliances

This sounds pretty serious! But vampire appliances means those modern new appliances that continue to draw power as long as they’re plugged in, even when they aren’t operating. Many new devices, such as streaming devices, don’t really turn off when you turn them off. They instead switch into a standby mode that still draws on electrical power. If you’ve recently added several high-tech gizmos to your home, especially chargers, unplug them when not in use. That cellphone charging station doesn’t need power when it isn’t charging a phone!

This is something that colder weather often reveals to homeowners, and it’s not a pleasant discovery. Unfortunately, many Southern California homes were built with inferior insulation in the walls and attics. This will allow heat to rapidly escape the house and force you to run the heater more than should be necessary. We are older home specialists and can help improve the lack of insulation that’s causing this problem.

Improper use of lights and ceiling fans

We like to remind homeowners they can still get use from ceiling fans in colder weather—just change them over to spinning the opposite direction. However, if you’re simply leaving fans on all over the house, that wastes money. Ceiling fans are only effective at making people in a room feel warmer/cooler. They don’t actually change the temperature of the room. Make sure you turn fans off as you leave a room.

Your lightbulbs could use an update

This is a more a general cause of higher bills, not for a spike, but we want to bring it up anyway because it’s one of the best ways we can help you. Replacing old incandescent light bulbs with energy-saving LED bulbs will make a tremendous difference in electrical costs. Extra benefits: they don’t create extra heat to bother you in summer and they last much longer than older bulbs.

Submit your email to receive promotions in your inbox: