Customer Question: Is All Cloth Wiring Made from Asbestos? 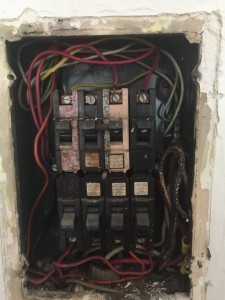 We recently received a question from a customer regarding electrical wiring: “Is all cloth wiring made from asbestos?” It’s a good question and the answer is definitely worth knowing for homeowners who want to understand more about the electrical system in their house as well as any possible dangers to their families’ health.

At one time, asbestos (a silicate mineral) was the primary component of the cloth used to insulate electrical wiring. Asbestos was ideal for this job —or at least it was thought so at the time—because of the strength of the fibers and their strong resistance to heat. The cloth around the wiring would prevent fires from spreading from the wires in the case of an electrical short.

However, asbestos was discovered to have a negative effect on human health. The earliest tests looking into the toxicity of asbestos were made in the early twentieth century. Medical studies showed a link between exposure to asbestos and multiple health complications, specifically forms of cancer like mesothelioma, which first became associated with asbestos in the 1940s and triggered the initial legislation regulating its use.

Asbestos also triggered plerual effusion, a condition where extra fluid accumulates in the region around the lungs. Asbestos even gave its name to particular health complication: asbestosis, which was first diagnosed in 1924. This is inflammation and scarring due to inhalation of asbestos fibers.

Because of the discoveries about the unhealthy effects of asbestos exposure, the material is no longer used to make cloth wiring. All current cloth wiring is made from non-toxic materials. Any electrical work that our technicians do for your home will not use asbestos.

If you have concerns about older cloth insulation in your home, please contact us regarding replacing it.