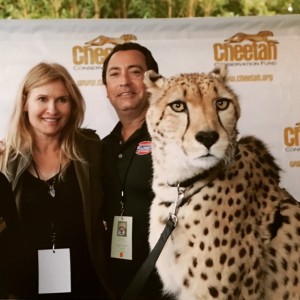 At Kilowatt, we are proud to be part of the larger community that we serve as professional HVAC technicians and electricians. That community reaches out farther than just local homes and businesses, however! We are involved in making a difference with charities that have a global impact. That’s why we’re proud to support the Cheetah Conservation Fund and the upcoming 5th annual “Meetah Cheetah” fundraiser event in Sherman Oaks on April 9.

The Facts on Cheetah Conservation

From the time we’re children, we all learn about the amazing cheetah: it’s the fastest land animal and one of the most magnificent of the big cats to see in action. But the cheetah has been running in a dangerous race over the last century: trying to outrun extinction as Africa’s most endangered cat.

Over the last hundred years, the planet has lost more than 90% of its population of wild cheetahs. The cheetah has gone extinct in 20 countries since 1900, and the population today is only around 10,000. Cheetahs face many threats: loss of habitat, human-wildlife conflict, and the illegal wildlife trade. But these are all forces that we can help turn around! 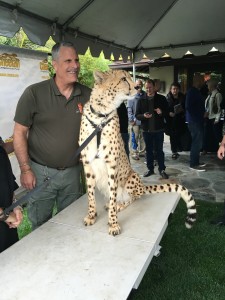 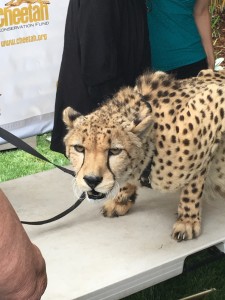 The Meetah Cheetah event will be held on April 9 at 3852 Royal Woods Drive in Sherman Oaks from 3:00–6:00 p.m. You’ll enjoy an afternoon meeting an actual live cheetah and learning more about conservation efforts from Dr. Laurie Marker, award-winning conservationist. Your contributions at this event will go toward efforts to help see that cheetahs survive for many more generations in the wild. The race is on to save the cheetah from extinction, and with your help, we can win that race!

Contact Kilowatt Heating, Air Conditioning and Electrical for all your HVAC and electrical needs in Woodland Hills, CA and throughout Los Angeles and the San Fernando Valley.