Congratulations Andrew Johnson – University of Miami class of 2021! Andrew, who is studying Economics as well as Ecosystem Science and Policy, wrote the winning Stay Cool Scholarship essay in answer to our question: “What can homeowners do to help their home stay cool and use less energy?” For this he is being awarded a scholarship of $750!Kilowatt would also like to thank everyone who participated in our Stay Cool Scholarship.  We received many terrific essays from creative college students and wish we could have given many more scholarships. 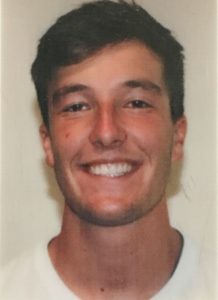 Climate Change is ranked as the number one problem today by Business Insider. With the United States using approximately 23% of the world’s energy, while only having roughly 5% of the world’s population, we are in a prime position to make a positive change. The easiest way to make that change is to become more efficient. Today 30% of the energy used in buildings is unnecessary. The air conditioning and heating unit in most homes accounts for half of all energy usage in the house according to energy.gov. With America consuming  25,155 Twh of electricity, we need to find a way to save energy without losing the luxuries we have become accustomed to.

A simple, yet effective solution is to use green roofs. Green roofs, or living roofs, are roofs on residential or commercial buildings with a layer of vegetation planted over a waterproof membrane. The added vegetation reflects the sun’s rays in summer months keeping the building cool and helps insulate the building in winter months saving the owners money on their electric bill. The roofs might also include a root barrier and a drainage system which increases the eco effect. Green roofs do not need an excess of water and are generally sustainable with natural rain water. Green roofs help to filter water and reduce storm water runoff which causes erosion and can overload sewer and drainage systems that were not built adequately for excess rain water. In drought-stricken areas, drought resistant plants, such as cacti are just as effective when an adequate root barrier is formed.

The main benefit of green roofs is their ability to trap heat or cold in the building. This is done by adding mass and thermal resistance in the form of biomass to the top of roofs. Data has shown that by adding green roofs the cooling load can be reduced by 50 to 90 percent. If green roofs are consistently added to buildings in urban areas, the urban heat island, the process in which cities are two to four degrees warmer than their surroundings, can be successfully mitigated. The urban heat effect is due to a concentration of concrete and blacktop trapping heat in the city which is eliminated by growing green roofs.  If ambient air temperature is lower, then less air conditioning is needed. The fact that the urban heat island effect can be mitigated with green roofs will save the buildings in the area hundreds of dollars in energy costs per month and help keep cities cooler in the summer months.

Green roofs have been successfully implemented in Chicago, Atlanta, and Portland as part of the “go green” movement.  In the parts of the cities where green roofs were dense, the urban heat effect could no longer be measured. This was possible due to the building codes passed, offering incentives to builders to put green roofs on buildings. Based on the data collected from the partially green roofed areas, it is estimated that if all the roofs in the city became green roofs the city’s average temperature during summer months would drop by seven degrees.

Furthermore, it is also extremely eco-friendly providing habitats and resting points for birds and animals whose habitats are being increasingly encroached on. The economic and insulation benefit, however, are what sells this product to the consumer. Return on investment is obvious. The average household wastes $150 per year in energy costs just from poorly insulated homes. This simple practice will bring us one step closer to becoming more energy and cost efficient, while staying cool.