These Facts Will Change the Way You Think About Air Conditioning

Air conditioning is a standard part of life in So Cal. Most modern homes here are built 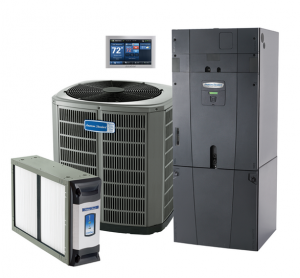 with ACs in mind, and the regular hum of an air conditioner’s compressor is as much a part of the soundtrack of the summer as the crash of waves on the beach.

But people often don’t know much about the marvels of contemporary air conditioning. We’d like to share some facts about air conditioning that may alter how you look at them.

“But … that doesn’t make sense! Isn’t the entire point of an air conditioner to cool down a space?” Yes, it is—but it still doesn’t create cooling, because “cooling” isn’t a type of energy. Fuel is burned to create heat energy, such as from burning wood in a fireplace, running electricity through wires, or combusting natural gas. Cooling is the absence of heat energy, so what an air conditioner really does is remove heat from the air. Since this heat cannot be destroyed, it is moved to the outside of the house.

The first electro-mechanical air conditioning system was invented in 1902 by Willis Carrier for use in a Chicago paper plant. But it wasn’t specifically designed to cool down the plant, but to lower humidity to make manufacturing easier. The AC also removed heat along with removing moisture. However, the modern AC is not specifically a dehumidifier, although it does have some dehumidification properties. Proper, controlled home dehumidification requires a special installation.

ACs Don’t Cool Faster When the Thermostat Setting Is Lower

This is a misunderstanding of what the thermostat for an AC really is. It’s not a throttle, where the more you open it up, the more power is produced. A thermostat is a switch: it controls when the fans and the compressor of the AC turn on and off. When a thermostat is programmed for a low temperature, it keeps the air conditioner running as long as necessary to reach that temperature and then cycles off. If you put your thermostat at the lowest temperature possible (usually 60°F), the air conditioner will stay on longer, not deliver a higher volume of cooling or do it faster. This is one reason we recommend keeping the thermostat at higher temperature, around 78°F: it means less energy waste and you end up with a more comfortable temperature.

This something that’s often misunderstood: refrigerant isn’t a fuel source! Air conditioners don’t consume refrigerant as they run, they circulate it. The refrigerant changes between liquid and gaseous states, absorbing and releasing heat, and doesn’t dissipate as it does so. The factory set charge of refrigerant should last for the entire life of the air conditioner, no need to add more. (The one exception is if the AC develops leaks, which is a repair issue.)

Speaking of which, if you do need air conditioning repair in Burbank, CA or elsewhere in our wide service area, we’re ready to help! We offer emergency support for your cooling needs.

Turn to us for all your AC needs. Kilowatt Heating, Air Conditioning and Electrical serves Los Angeles and the San Fernando Valley.